/* */ /* Mailchimp integration */
2127
post-template-default,single,single-post,postid-2127,single-format-standard,stockholm-core-1.0.8,select-child-theme-ver-1.1,select-theme-ver-5.1.5,ajax_fade,page_not_loaded,menu-animation-underline,header_top_hide_on_mobile,wpb-js-composer js-comp-ver-6.0.2,vc_responsive
November 3, 2022 In In The News 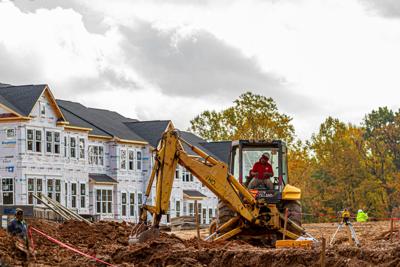 “During our administration, the state of Maryland has provided financing and tax credits to create or preserve an unprecedented more than 28,000 affordable rental units,” Hogan said in a release. “The projects selected in this year’s application round will further expand affordable housing opportunities for Maryland’s working families, seniors, and individuals with disabilities.”

According to the release, 21 applications were received and reviewed by the Department of Housing and Community Development requesting $23.7 million in Rental Housing Funds from the states and $30.1 million in federal funding.

Tax credits valued at close to $17 million, according to the release, will be combined with $15 million in Rental Housing Funds will be administered by the department among nine counties and the city of Baltimore.

“The creativity and dedication of our team has helped our financing tools go further to house more people and create even more positive economic impact in Maryland,” DHCD Secretary Kenneth C. Holt said in a release. “Each project financed creates more jobs and adds to the tens of thousands of units preserved.”