/* */ /* Mailchimp integration */
2034
post-template-default,single,single-post,postid-2034,single-format-standard,stockholm-core-1.0.8,select-child-theme-ver-1.1,select-theme-ver-5.1.5,ajax_fade,page_not_loaded,menu-animation-underline,header_top_hide_on_mobile,wpb-js-composer js-comp-ver-6.0.2,vc_responsive
October 5, 2022 In In The News
From: The Hill 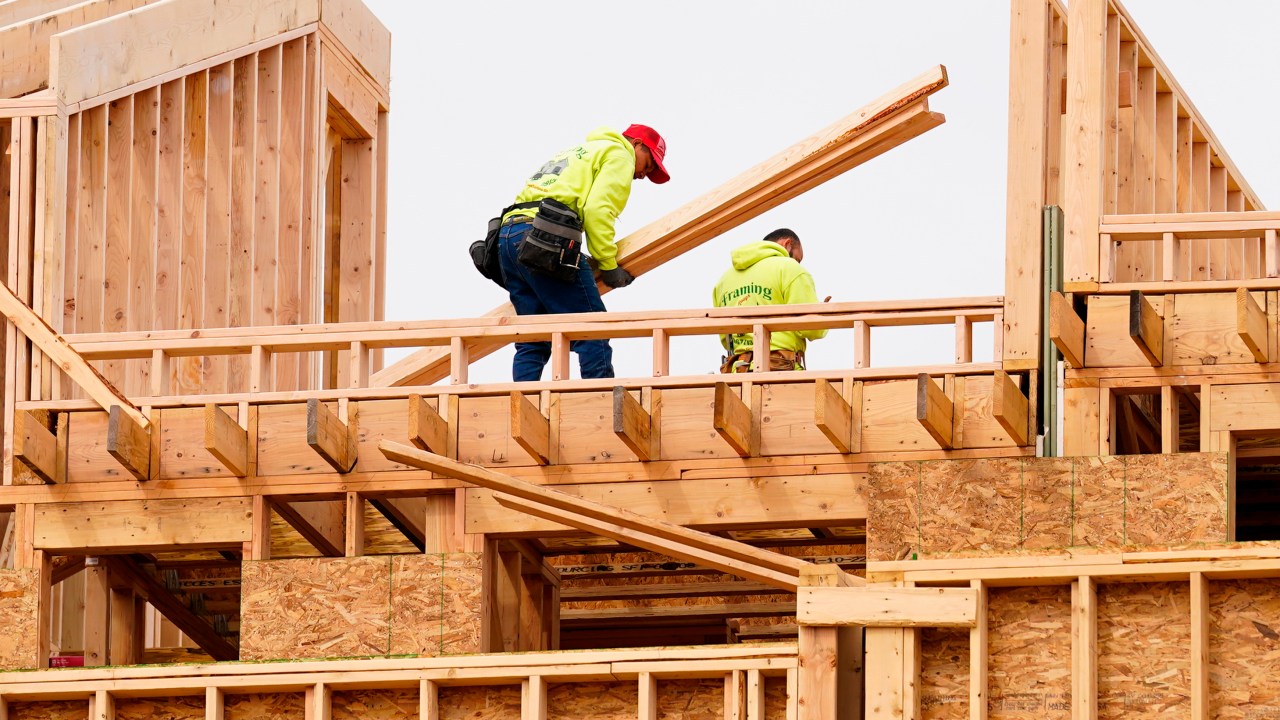 FILE – Construction workers build new homes in Philadelphia, Tuesday, April 5, 2022. Low mortgage rates have helped juice the housing market over the past decade, easing the way for borrowers to finance ever-higher home prices. A run-up in rates in recent weeks is threatening to undo that dynamic, setting the stage for a slowdown in home sales this year as the increased borrowing costs reduce would-be buyers’ purchasing power. (AP Photo/Matt Rourke, File)

Story at a glance

America’s current housing shortage is not just a consequence of a global pandemic riddled with supply chain issues. Instead, it is a result of decades of underproducing entry-level homes and more than a century’s worth of policy decisions.

These supply chain issues, labor shortages, increased material costs and rising rents have led to a shortage of at least 1 million homes – though one recent analysis puts U.S. housing underproduction closer to 4 million.

But experts say there is a path forward.

“We’re in this housing crisis, because of a certain set of policy decisions made over decades going back over 100 years, but the good news is this is not an act of nature. It’s not a force of God that we’re missing all of these homes,” Mike Kingsella, CEO of Up For Growth, a housing policy group based in Washington, D.C., told Changing America.

“It’s a result of policy choices that we as a community have made,” said Kingsella, whose organization is focused on solutions to the housing shortage and affordability crisis. “And so, the good news about that is that we can solve this by simply making a different set of policy choices.”

One underlying issue intensifying the housing crisis is existing zoning laws that prevent the construction of multi-family structures in a particular area. Removing these zoning barriers could then lead to further development outside of single-family units, thereby increasing availability while lowering costs.

“There are a lot of people who are stuck where they don’t want to be and have the ability to rent to move into homeownership, but they can’t because those entry level homes are just not there,” Arica Young, associate director of the Bipartisan Policy Center’s Terwilliger Center for Housing, told Changing America.

Restrictive zoning policies based on the idea of NIMBYism — this stands for “not in my backyard,” which refers to residents or homeowners “who oppose new housing development near their homes…particularly denser or more affordable housing” — for fear of hurting surrounding property values created a situation where many major cities across the country were zoned upwards of 70 percent for detached single family homes.

Addressing these zoning restrictions has the potential to transform neighborhoods and grow metros nationwide.

“Tearing down exclusionary zoning, reimagining what is permissible to build particularly in high opportunity neighborhoods for many communities are really critical solutions, particularly those high growth superstar metros that have experienced a lot of job and population growth but have not seen corresponding increases in housing supply,” Kingsella said.

Manufactured housing — units constructed off site before being moved to a property — is another way to increase the housing supply quickly. But shifting away from nontraditional buildings would require an effort to convince surrounding communities of their value.

Young said these innovative solutions come with stigmas and biases, while some cities ban them.

“Encouraging communities to allow for manufactured housing as infill would be great. Cities like Oakland, California have used it for almost 30 years, if not longer, and it’s not the mobile homes that you think of in the past,” Young said.

The main fear, experts say, is that introducing manufactured housing into an area will lower existing property. But Young said this would not be the case.

“These are built to a national standard. They can meet the same quality and safety, quality and safety standards of a stick-built side of a house,” Young added. “And they can mimic traditional architecture now.”

Up for Growth’s analysis noted one of the main driving factors behind housing underproduction is the number of uninhabitable units in areas like Detroit, leaving policymakers to design ways to invest in legacy housing.

One way to achieve this, Kingsella said, is through the bipartisan Neighborhood Homes Investment Act. The federal policy would create an equitable tax credit for developers who acquire derelict homes, fix them up and put them back onto the market. An important provision would ensure the refurbished homes would be listed at affordable prices.

“The idea is really to leverage this existing housing to deliver workforce, homes, home ownership opportunities, recognizing the wealth building potential, and the imperative to really close that black versus white homeownership gap that is at the widest point it has been since 1968.”

The housing shortage is also exacerbated by a depleted workforce. Estimates suggest that the required job growth for the sector is around 740,000 per year. Yet data shows the labor supply falls short by up to 400,000 jobs nationwide per month.

And the workforce is aging, with nearly 9 percent of the industry’s workers aged 20 to 24. Still the data shows a high percentage of available workers are in their prime working age. For growth to continue, it is important to inspire young people to enter the trade, Young said.

“What’s really important is for people to understand, and to get trades back in the schools, and where parents understand that it is a good career. They’re very well-paid positions,” Young said, adding these “are not just good jobs, they’re good careers.”

Workforce development could start early, Young continued. One way to promote creativity that could lead to the industry is by making sure kids are taking wood shop classes in school.

“And a lot of people get their ideas through tinkering and we’re losing that in this generation, where kids are not going in and building a chessboard for themselves or building a little model car,” Young said. “It’s a different way of learning and we’re missing out on reaching kids and using their hands and minds together.”